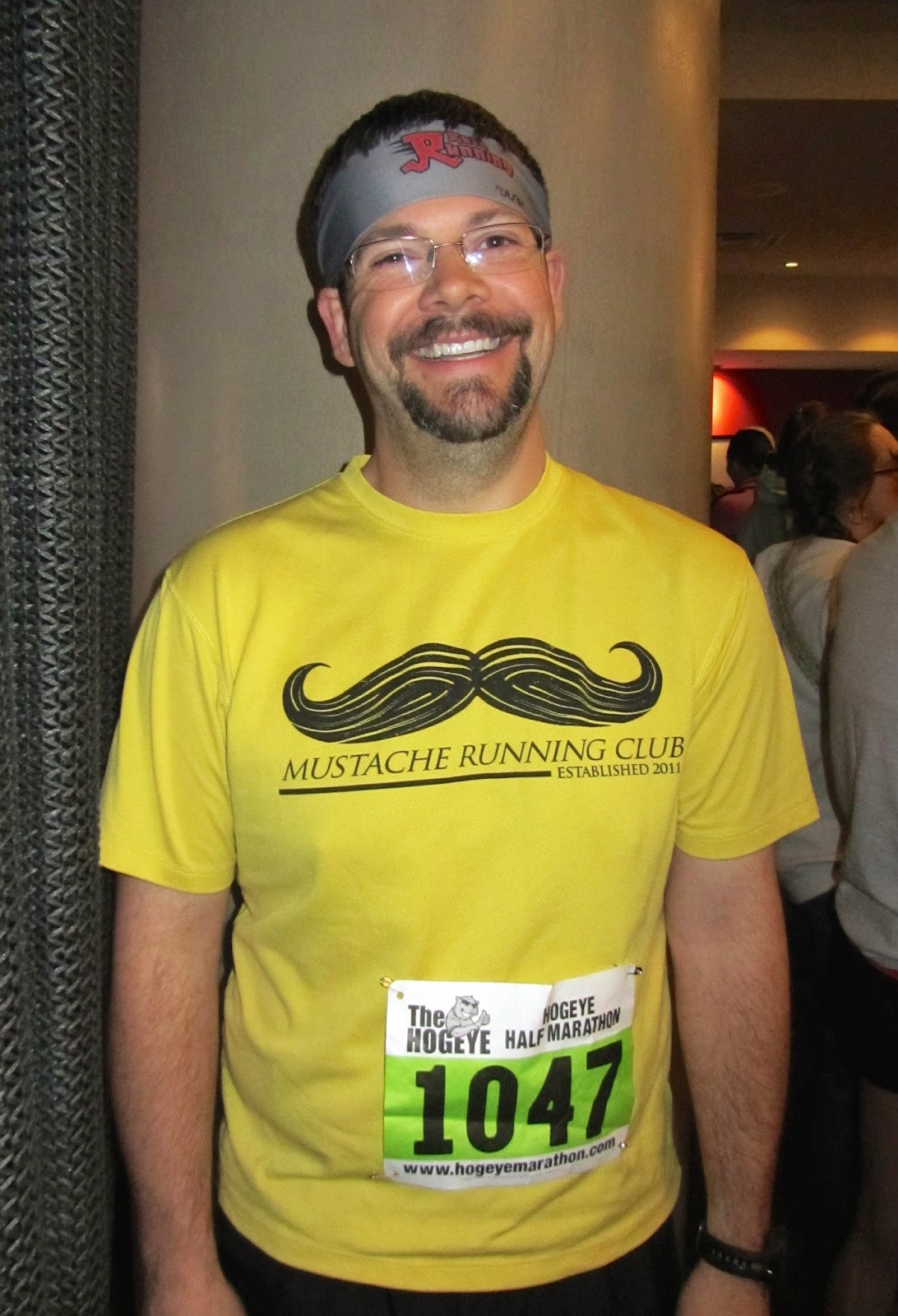 Chris has been a running fanatic the last few weeks.  March 30th he ran the Hogeye half marathon again.  He really wanted to be able to run the full marathon this year but his injury from December set him back a few weeks.  He crossed the finish line in 2 hours and 12 minutes.  He was really excited that he shaved off 20 minutes from last year's race. Right after he crossed the finish line he asked me if I was off the following Saturday because he wanted to run the Bentonville half marathon.  Thankfully I was, so he signed up for it.  I was a little worried since he's never done back to back halves before. 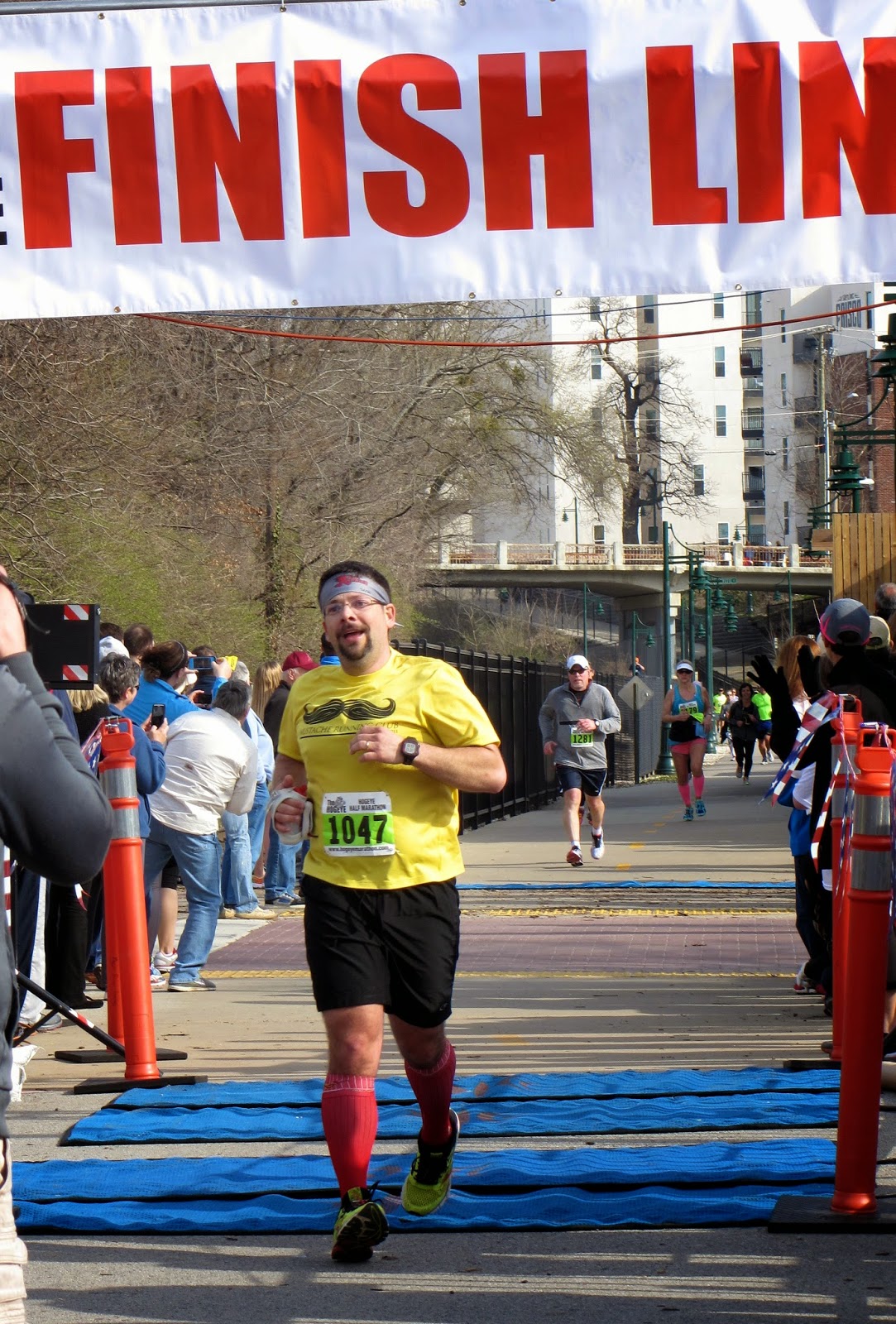 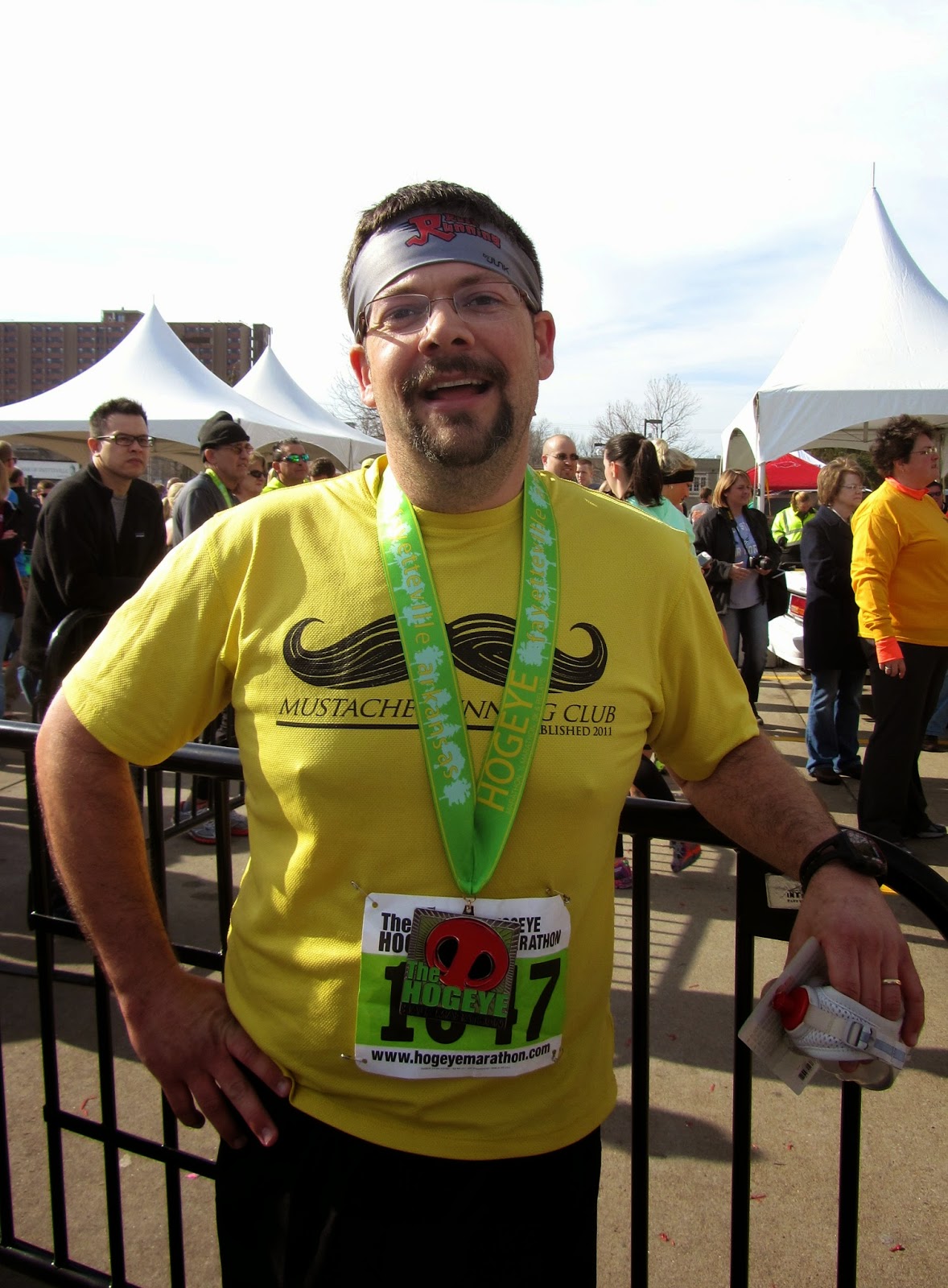 We woke up bright and early picked up Kathleen and headed to Bentonville.  It was colder than the week before but we still met him half way to cheer him on.  He told us he stopped and ate a donut that someone gave him so that upset his stomach!  Even with that he finished 30 seconds faster than the week before. 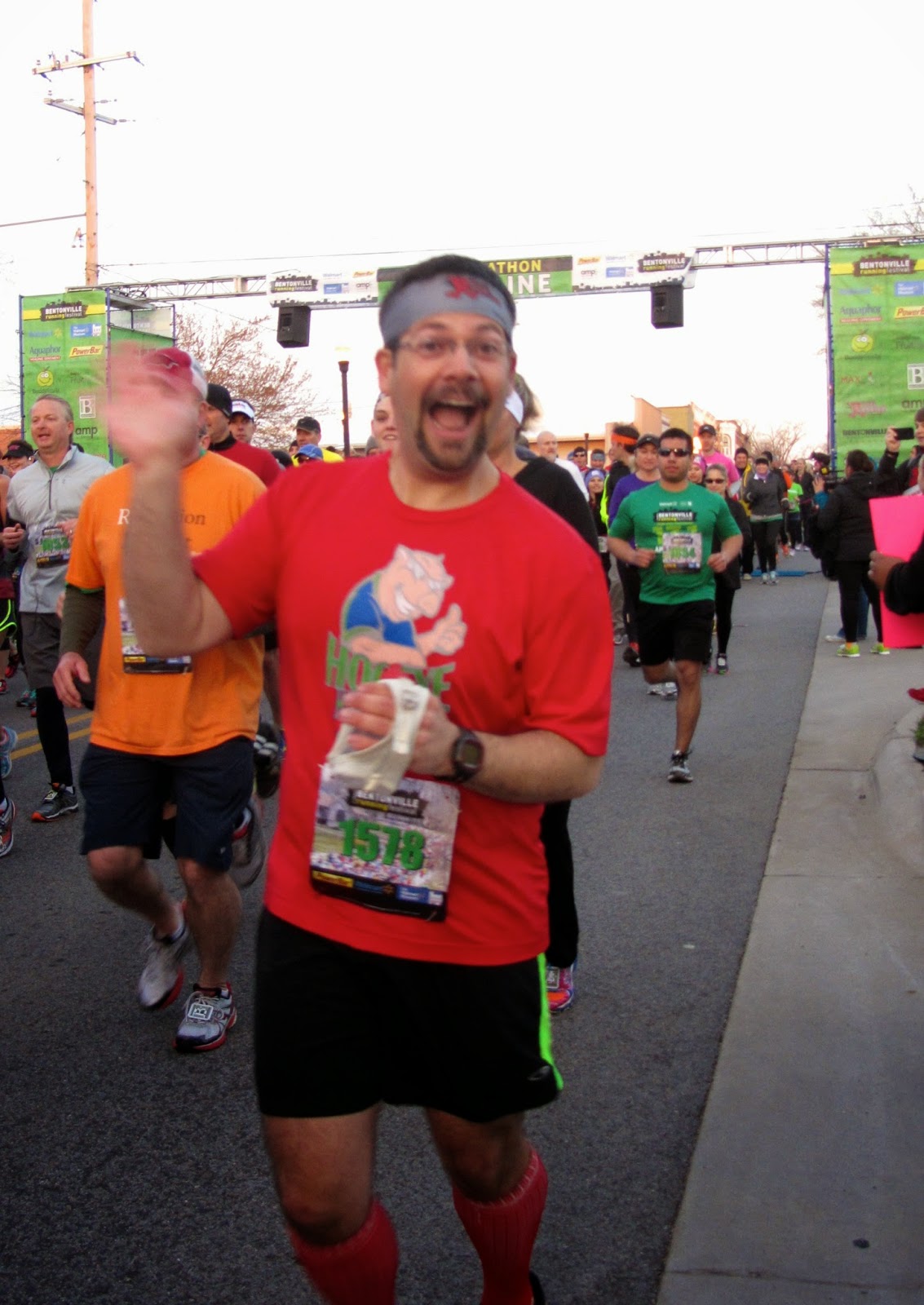 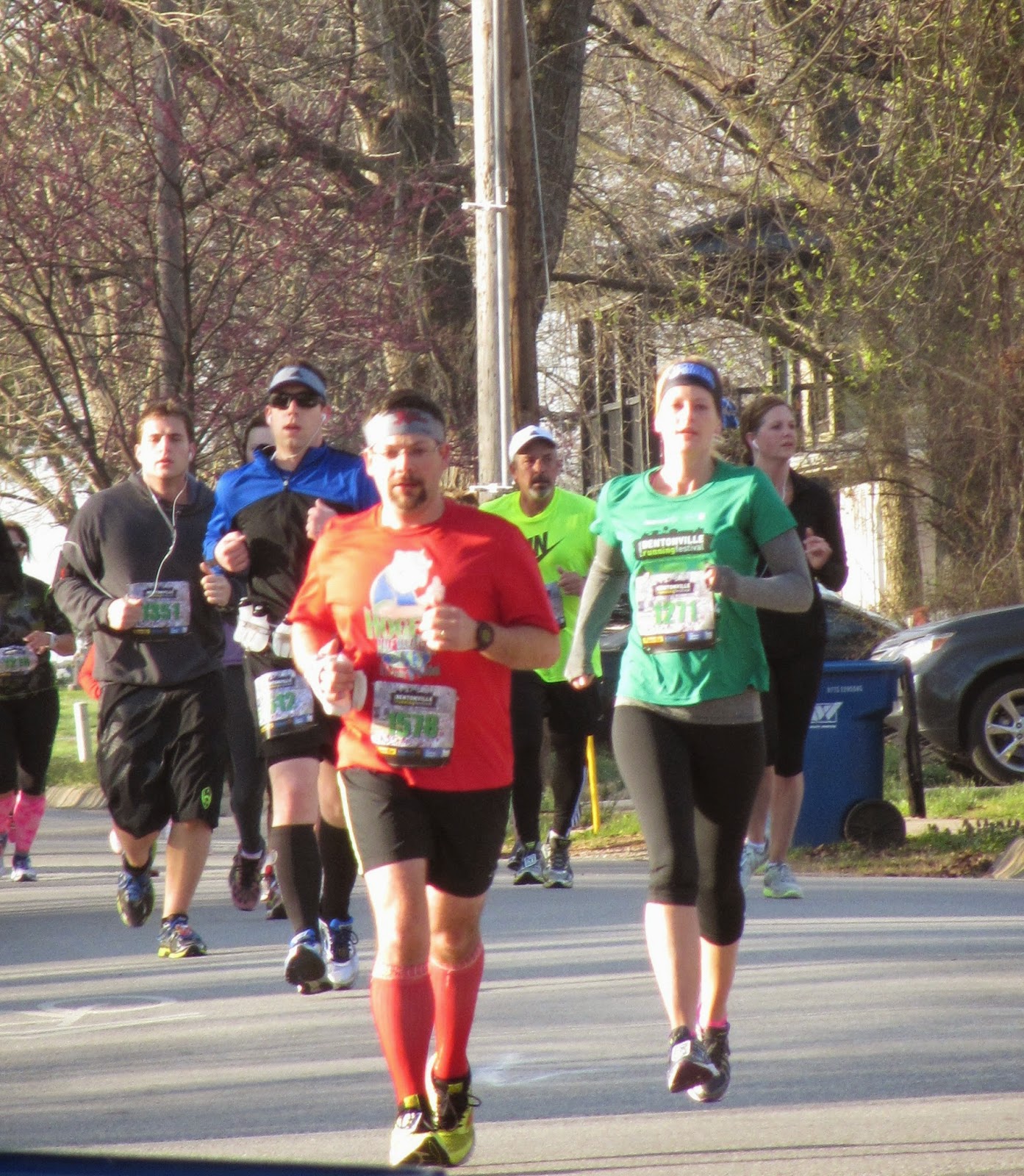 Last month he ran in the Russellville half marathon. He decided to run this race since the majority of his coworkers were running and this was their first half marathon.  Plus he really liked the way the metal looked.  He finished this race in 2 hours and 11 minutes.  He really wanted to finish in 2 hours and 10 minutes and he followed the pacer but the pacer was off by a minute.  He realized the pacer was off when he rounded the corner heading for the finish line. Since he's run in 3 half marathons in the last 90 days he qualifies to be a member of the Half Fanatics. 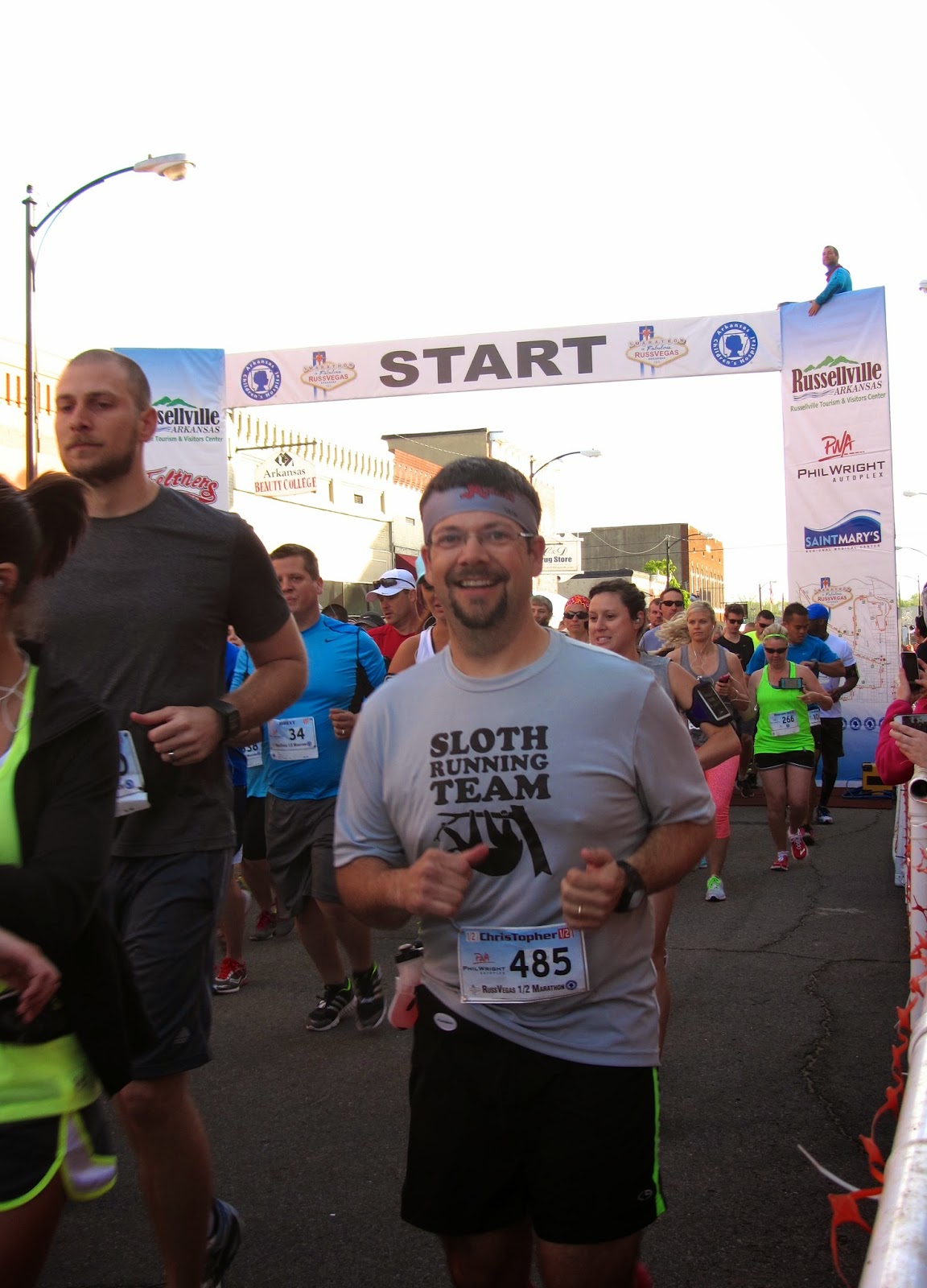 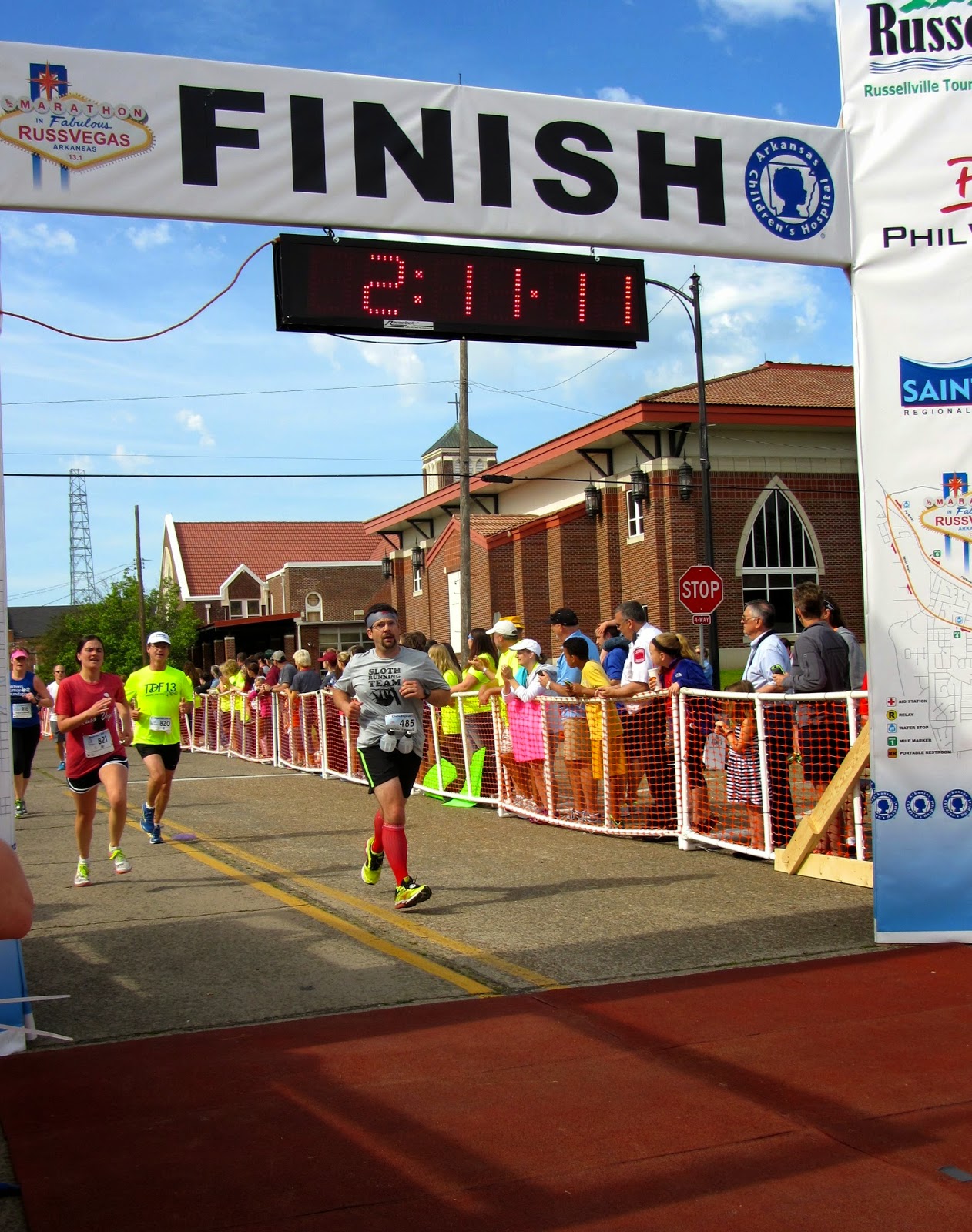