The last home football game for tailgating was interesting because it rained most of the day.  When we arrived it wasn't raining but by the time we put the tent up it started sprinkling.  So we headed down to Walmart to get some tarps to put up on either side of the tent.  We made it back and put the tarps up just in time before it started to downpour.  It rained most of the day and the tent sprang a few leaks but thankfully it wasn't over the tv.  It stopped raining at 3 so everyone could enjoy some nice cooked steak tacos before going to the game. Hopefully the next game doesn't rain! 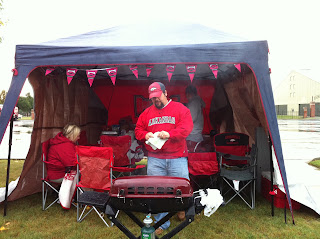 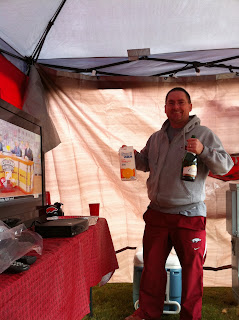 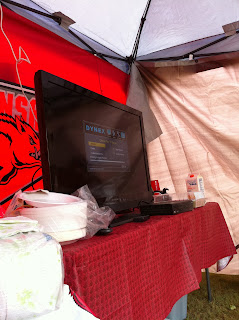 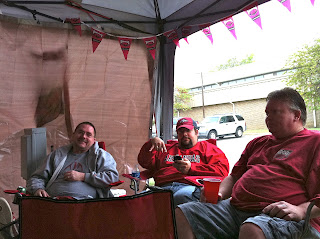 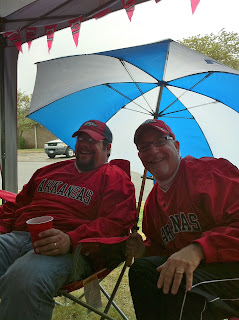 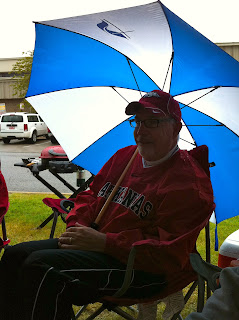 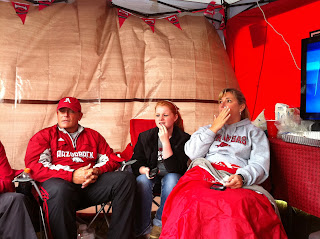 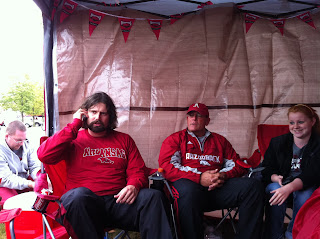 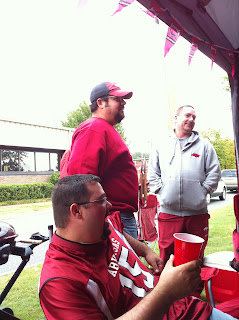 Posted by Bosch Family at 7:00 AM No comments:

The month of September for us has lots of birthdays.  My father's birthday and Chris's brothers birthday are both on the same day.  We also have close friends Cindy, Travis, and Dwight who also have birthdays during September.  We celebrated Dwight's birthday at Fast Lanes with a little bowling and some dancing around.  We also went out to dinner on his actual birthday.  Looks like we'll have more birthdays to celebrate next month with my Mom's and Chris's parents. 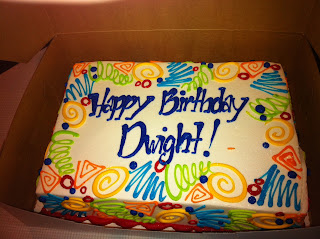 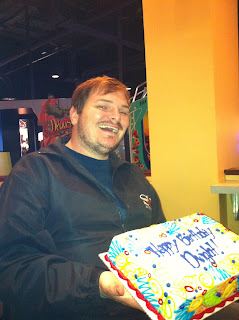 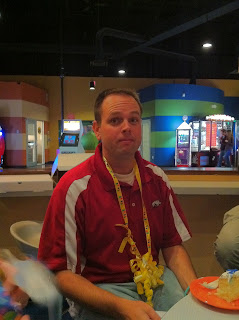 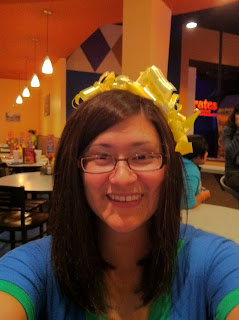 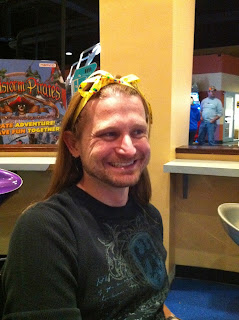 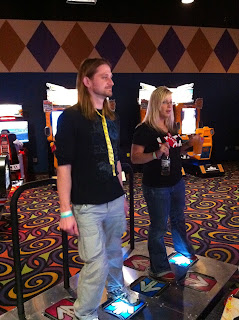 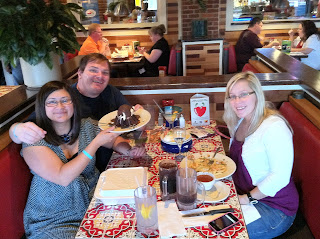 Posted by Bosch Family at 10:21 PM No comments:

Our dog Morgan has a serious addiction to television.  He thinks that everything on tv is real and he will sit and watch tv for hours.  This past weekend Chris took a video of me vacuuming the sectional. Our newest dog Newton LOVES to attack the vacuum cleaner.  We played the video on the tv for Morgan to watch and he really thought that Newton was in the tv.  He watched it for a long time until we finally turned it off.  Poor Morgan maybe one day he'll get over his tv addiction.

Posted by Bosch Family at 9:20 PM No comments:

Last week Chris sent me flowers at work just because he loves me.  He is such a wonderful amazing and caring husband.  I thank God for blessing me with him everyday.  Thanks babe I love them!  You're the best!!! 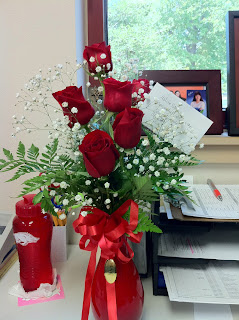 I also got 4 pairs of brand new shoes for $86 and the retailed for $360.  At first Chris was only going to let me get 3 pairs but when he realized how great a deal it was he told me to get the fourth pair.  So if anyone is looking for some nice shoes Nine West is having a huge sale right now.  Sizes are limited and if you wear a size 6 I bought the majority of what was left! :) 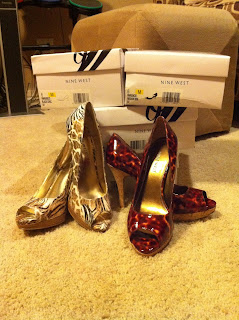 Posted by Bosch Family at 8:13 AM No comments:

This past Saturday was the first Razorback football game of the new season.  The mark of football season means that we'll be spending time at Bacon Lovin' Tailgate (BLT).  This year the guys went all out for tailgating.  Greg bought a television and a generator and Chris got his parent's old DirectTV dish.  The more stuff they get means the SUV gets loaded down with stuff.  Thankfully everything arrived safely, although we almost lost the grill getting there and coming back.  But I think that they have figured a way to make sure it doesn't fall off for next time. 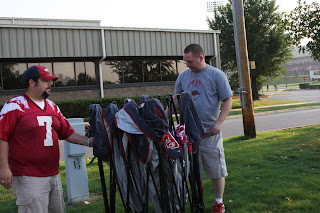 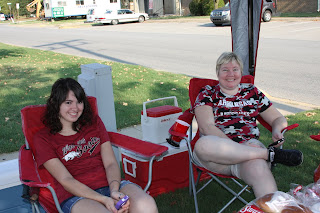 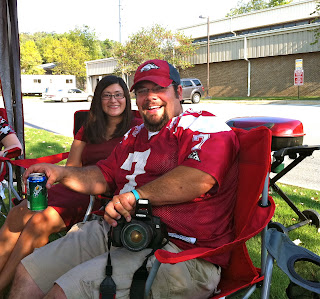 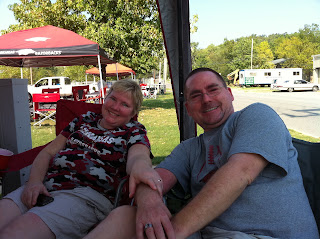 After everyone went to the game I stayed down at tailgate to make sure nothing got stolen.  Plus I don't like football so I got to watch whatever I wanted to once everyone left.  I was shocked at how many people approached me for things.  One lady wanted a water and some other people wanted cups and napkins.  Several guys tried dropping their wives off with me and there were a lot of guys who were upset because I wasn't watching the football game.  It was a little creepy sitting there by myself but thankfully Becky came back since she wasn't feeling good.  Next time I'm prepared to answer everyone with no leave me alone!  Other than that the day was great and we're ready for next weeks game.

Posted by Bosch Family at 8:11 PM No comments: