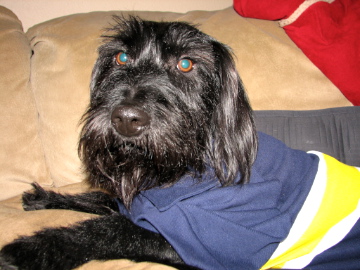 This is one of the hardest blog posts that I've had to write but last Thursday we had to put our dog Morgan to sleep.  He started feeling sick the previous Saturday and had been vomiting.  We just thought it was something that he ate outside but when Chris took him to the vet and they did x-rays they found things on either side of his intestines.  So they scheduled surgery for later that afternoon.  We went and saw him at lunch and he looked much better.  I really thought it was just something he ate but it turns out that wasn't the case he had several perforations in his stomach and intestines.  So Chris made the decision that it was best for them not to awake Morgan back up.

It's been really hard not having him here.  He was the one that you could always hear howling as soon as you got home and when I would be running in the subdivision I could hear him howling the whole time I was gone.  It just doesn't seem like he's gone.  I keep expecting to find him somewhere in the house laying on his pillow or locked in a closet.  The only time Morgan didn't bark was when he was left outside or locked in a closet.

It's been a huge adjustment for Baxter and Newton too.  Newton and Morgan were best friends.  They played together all the time especially on Friday afternoons when Chris was working.  Newton has been going from room to room looking for him.  Baxter and Newton are now trying to figure out how to be friends they've never really gotten along.  So far they're doing pretty good with each other. 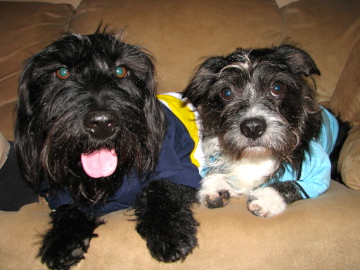 We got Morgan from the animal shelter in November of 2007.  I wanted another dog and I saw that they had a Scotty mix.  So my sister and I went the next day to go look at him.  I couldn't leave the animal shelter without him.  It was a good thing we got him since he was scheduled for death row.  He was the sweetest and most loving dog that I'd ever meet.  There was never a person that he meet that he didn't like.  He did escape from the house the first day and I had to chase him down in high heels from house to house.  He just wanted someone to pat him.  We could definitely tell that whoever his previous owners were that they abused him.  Whenever he would hear a loud noise he would run into the corner and shake.  It took awhile for Morgan to realize that when Chris was yelling at football games that Chris wasn't yelling at him.
Morgan absolutely loved tv.  He would spend hours watching it all day.  That's another reason why the house is so quiet.  He would wake up in the morning and come over to you and start head butting you until you either started giving him attention or when you turned the tv on.

I'm definitely going to miss my Morgie Porgie.  I'll miss seeing your tail wag while you watched your favorite show Too Cute and try to bite the animals because you thought they were real.  I'll miss you howl when you wanted me to feed you and when you greeted me home.  I'll miss you coming over and head butting me when you wanted to me pet you. You were one of the best dogs that I've ever had and no other dog will ever compare to how sweet and loving you were. I leave you with some of my favorite photos of Morgan. 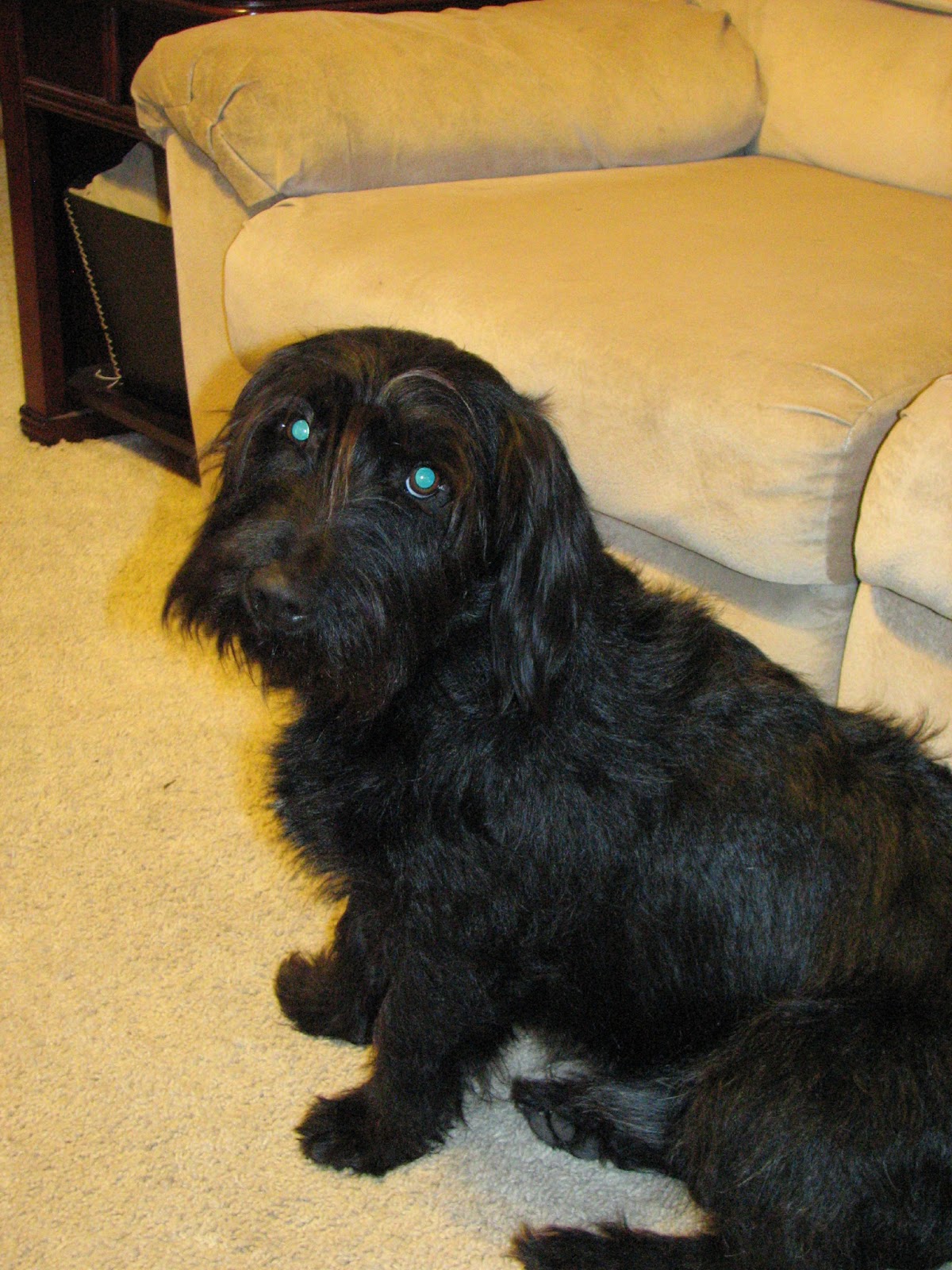 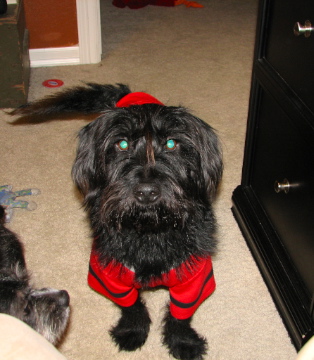 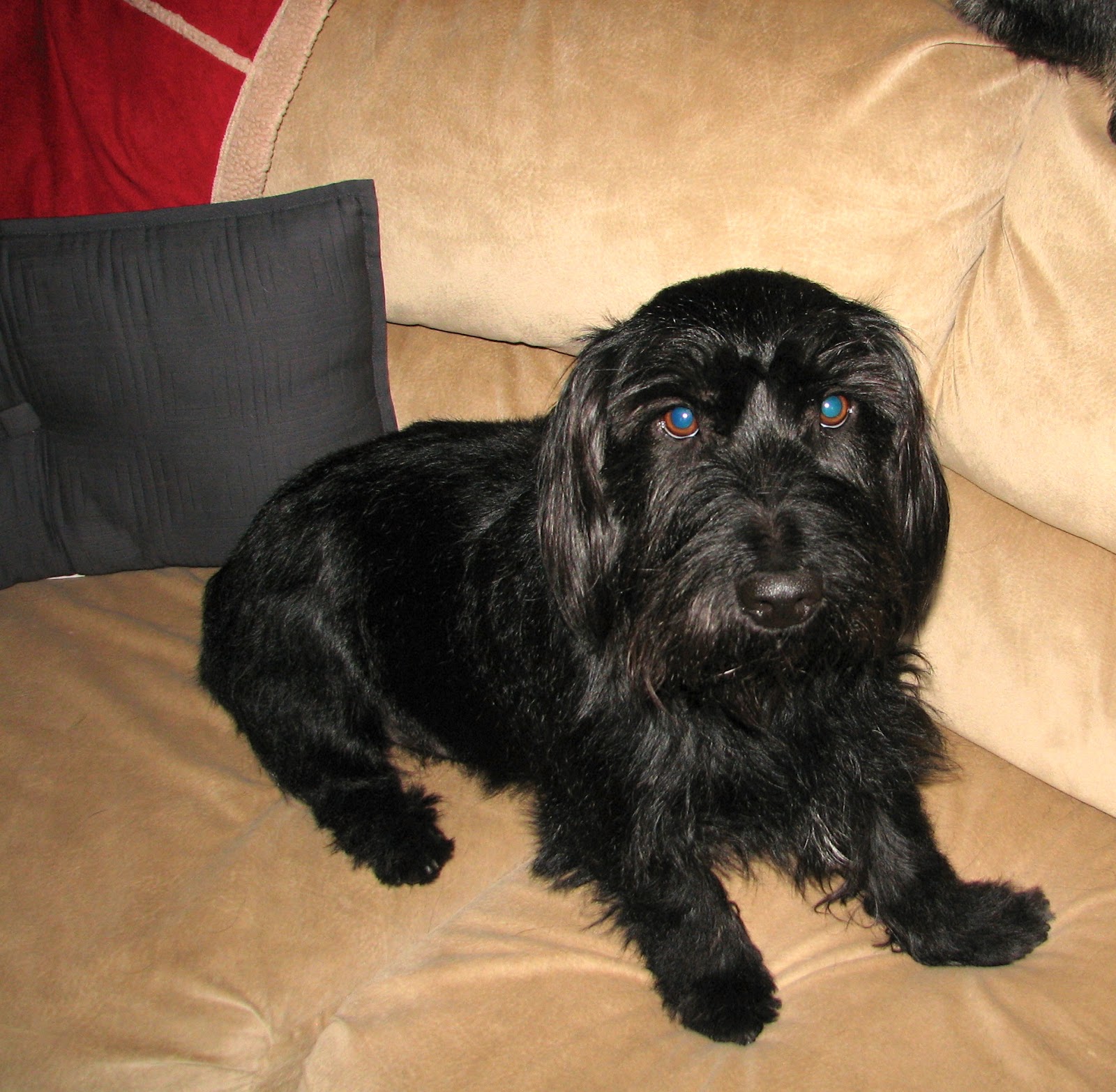 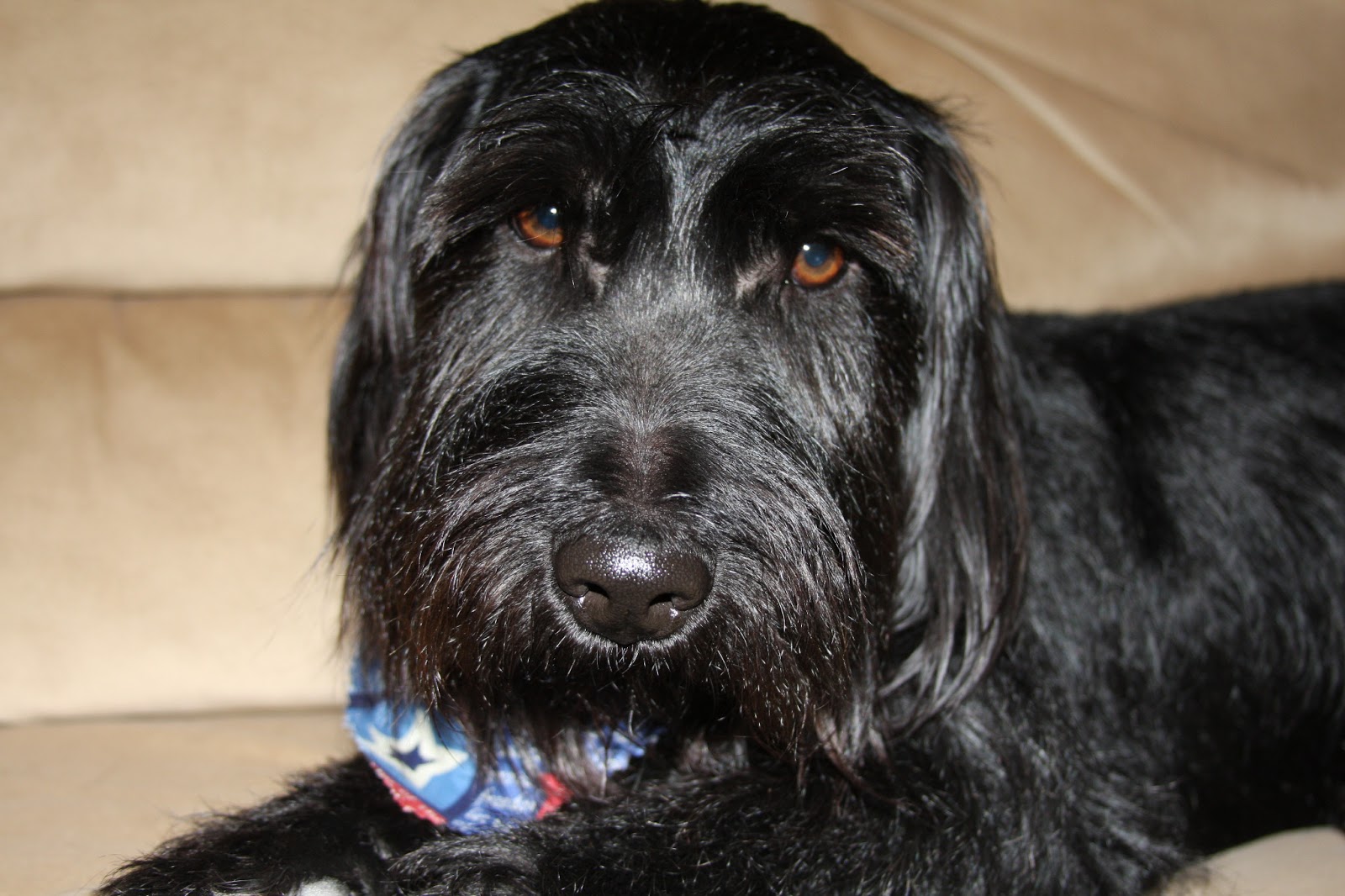 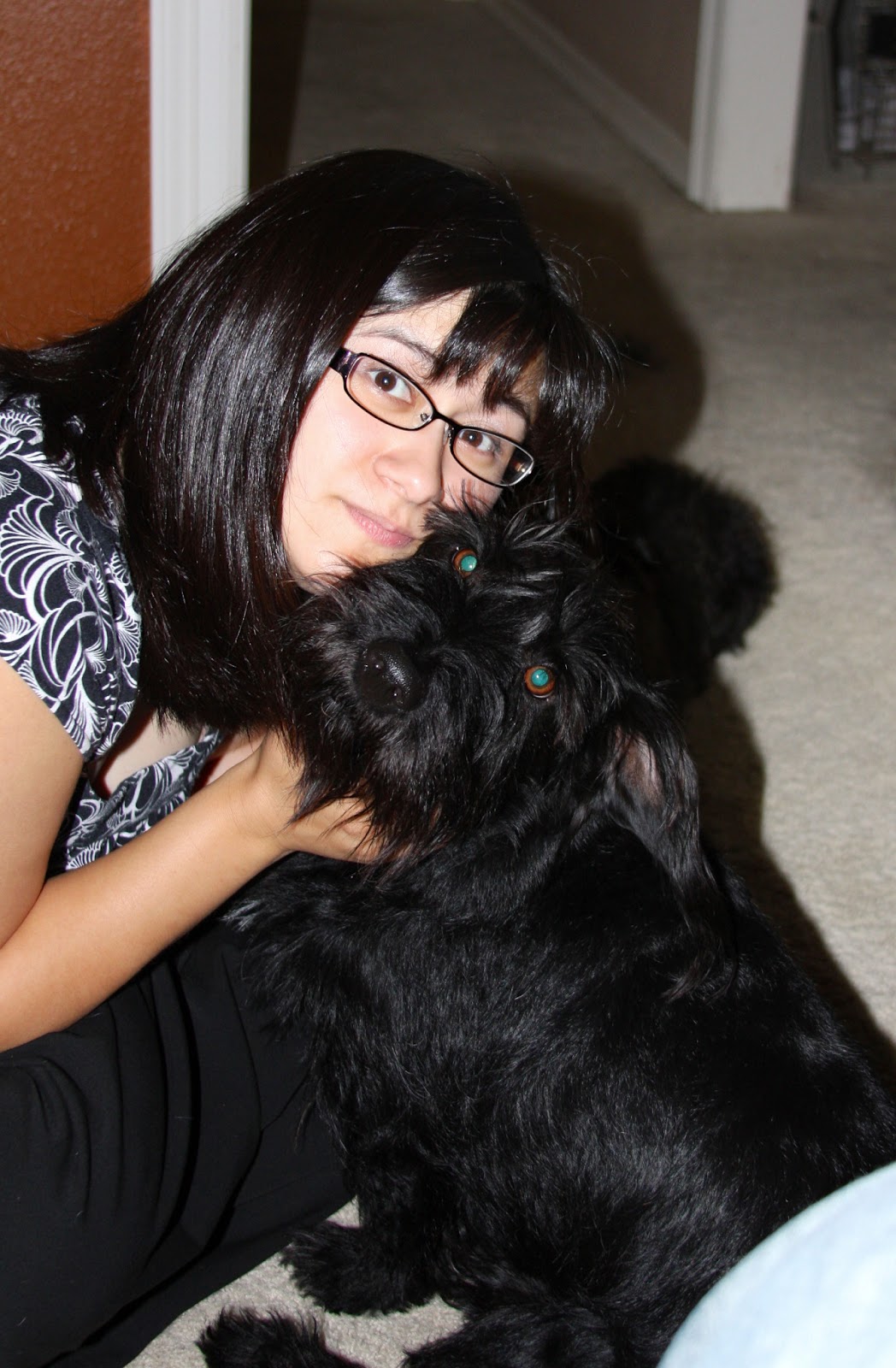 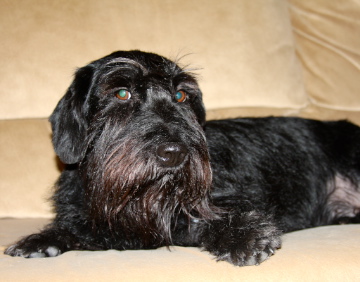 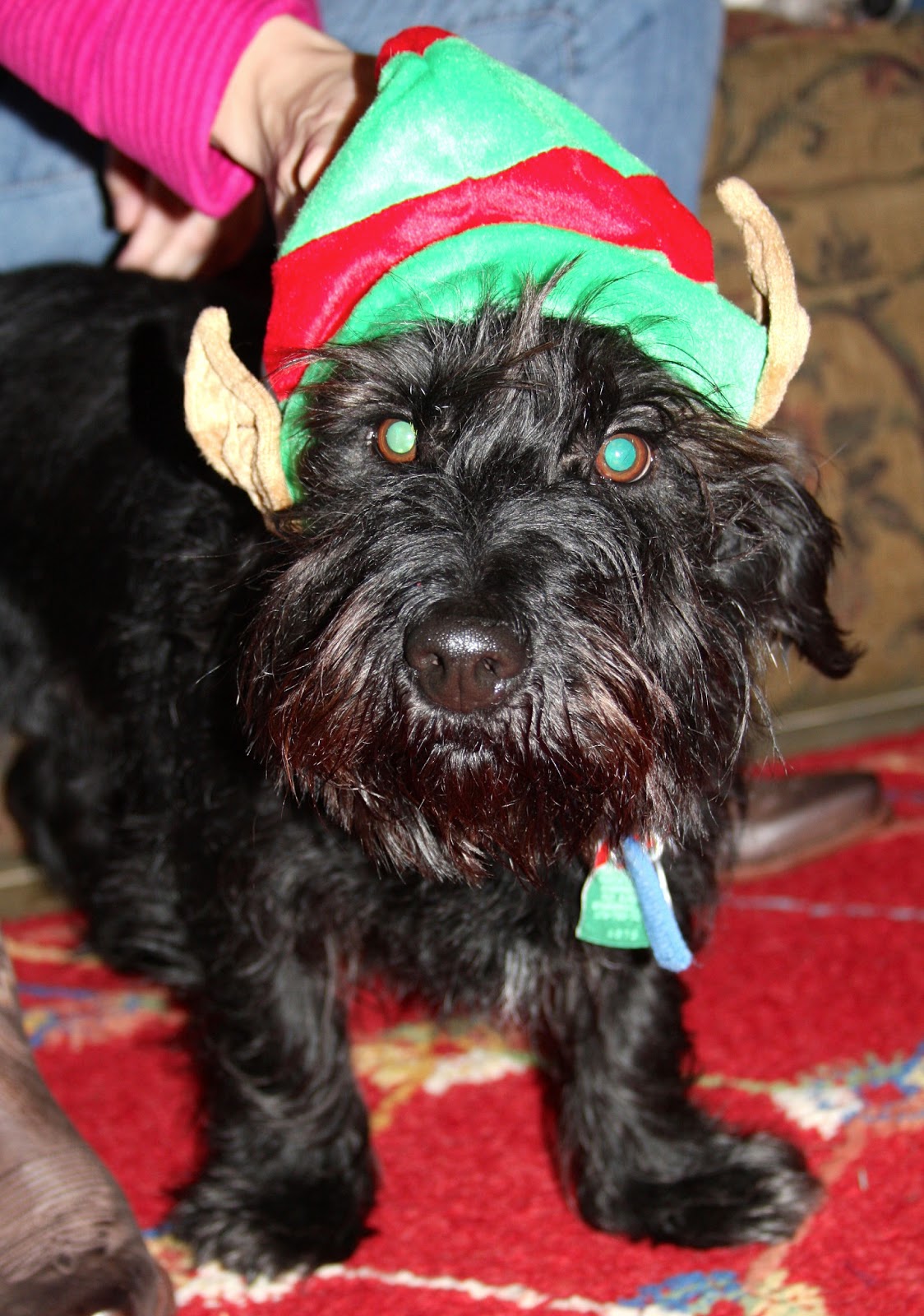 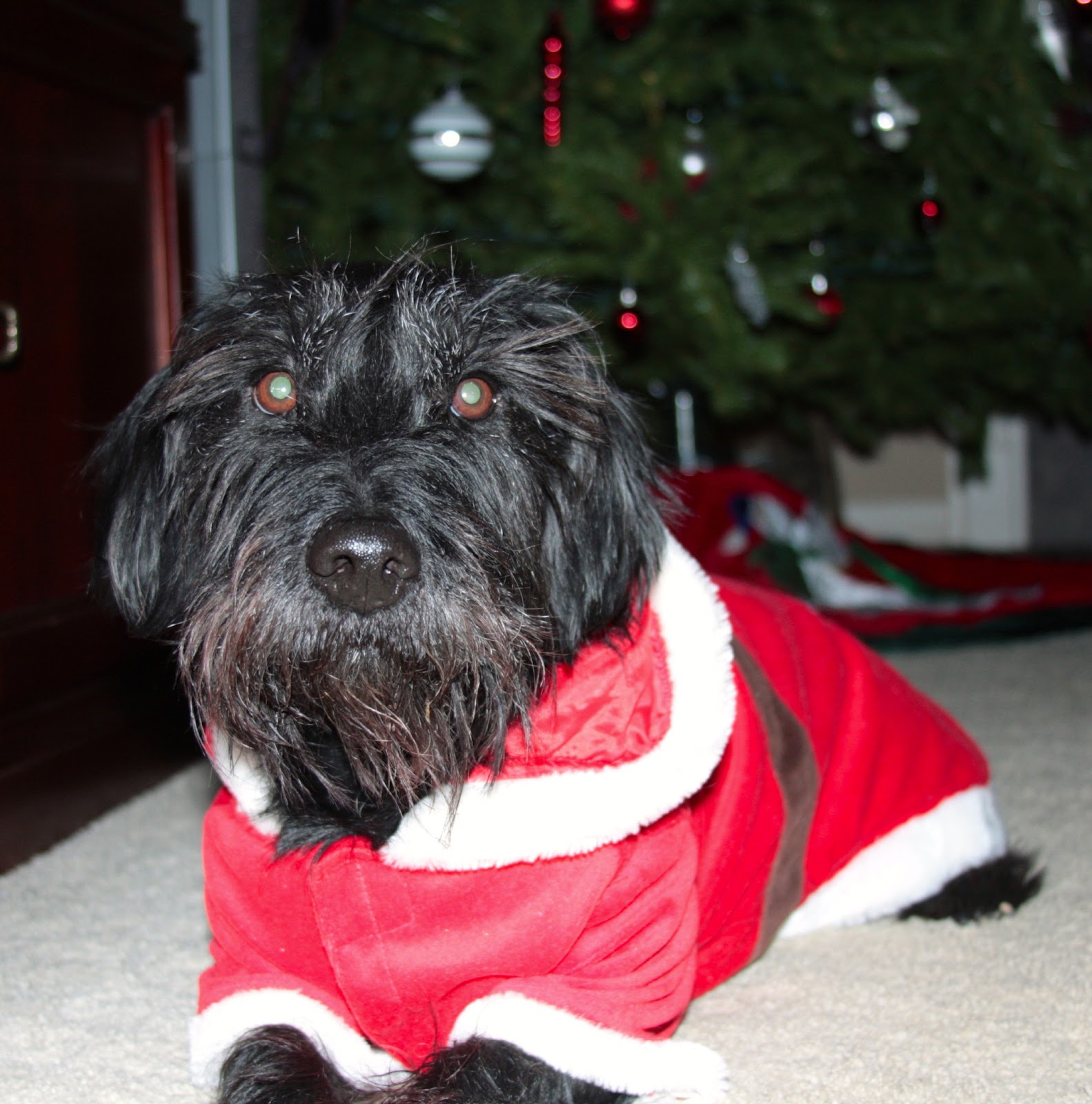 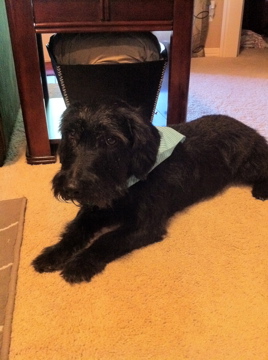 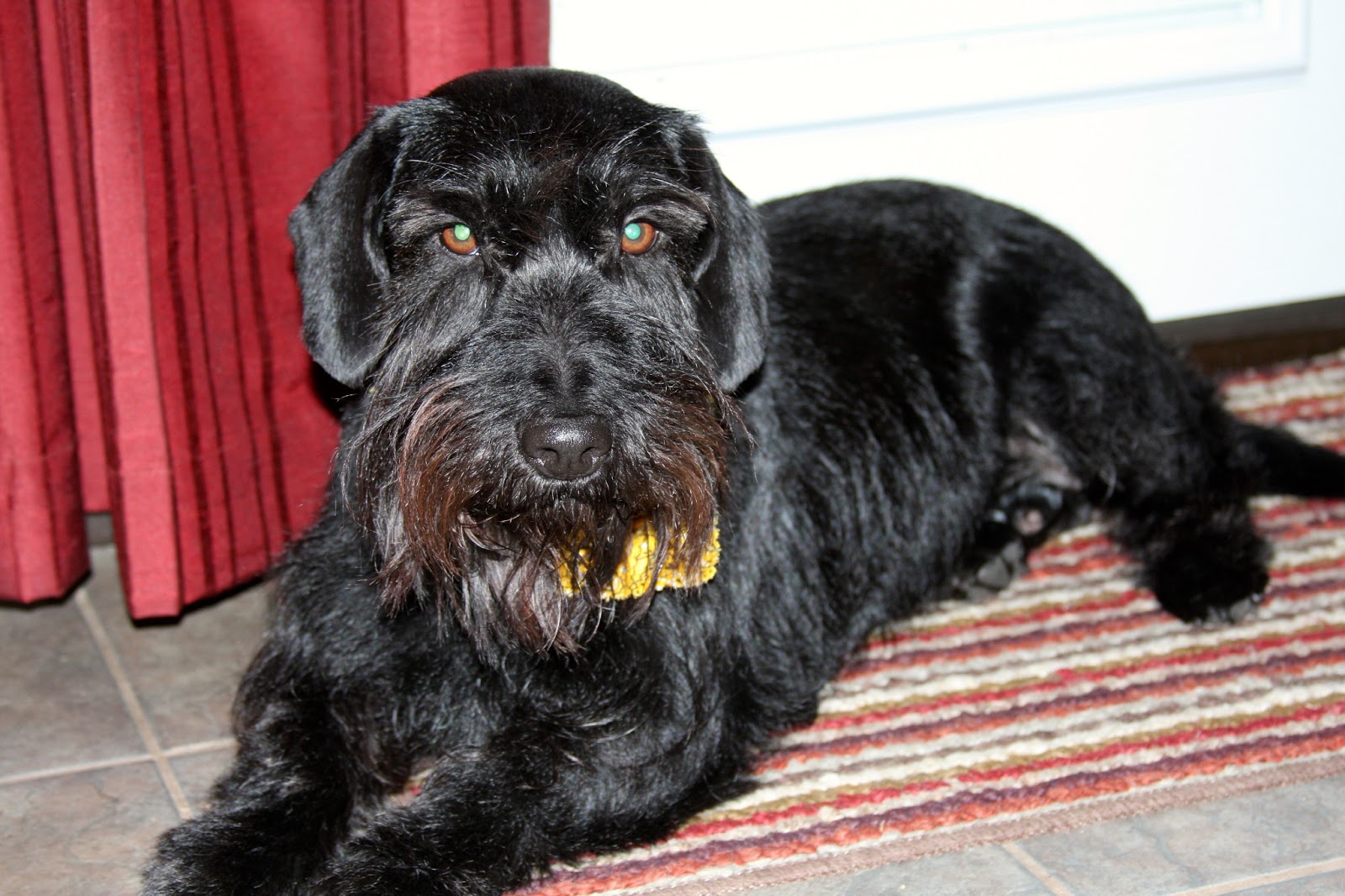 So last Wednesday I turned 31.  For some reason turning 31 was harder than turning 30.  I guess it felt like I was actually in my 30s now.  I started off my birthday festivities with Kathleen.  We of course had to stop by Bliss Cupcakes to celebrate.  I really didn't do anything fun for my actual birthday since Chris was out of town and didn't get back until 10 that night.  I did go to the eye doctor and got some new glasses ordered so that I can see. 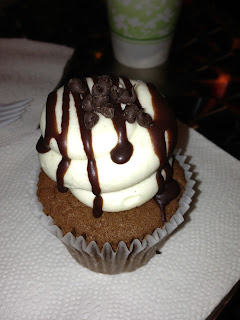 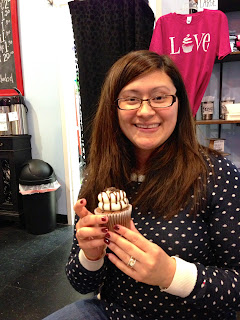 Thursday Chris took me to Tulsa for the day to celebrate and of course eat some really good food.  We also scooped out the route for the Color Run.  I was worried there might be some hills but it looks pretty flat.  Which is a good thing for me.  Friday and Saturday we went to the baseball games and Saturday night we went out with our friends to celebrate. 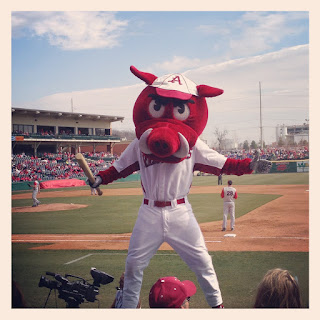 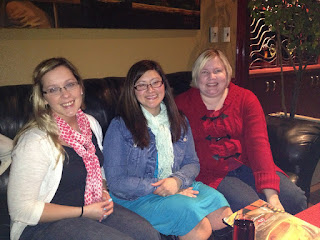 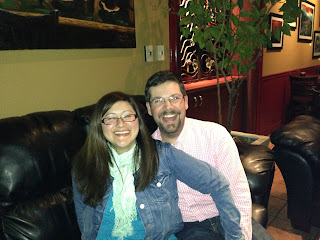 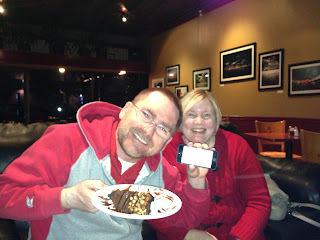 Posted by Bosch Family at 8:55 AM No comments:

February went by with a whirl of activities.  Our friend Valerie came back from Germany to visit some local universities to recruit for Black Forest Academy.  We all went to Hugo's one of her favorite restaurants.  She stayed the night with us so we got to visit with her for a little bit longer.  We definitely miss them! 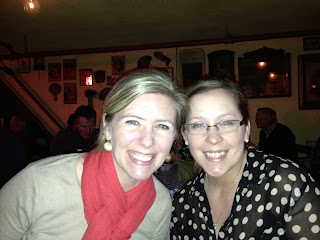 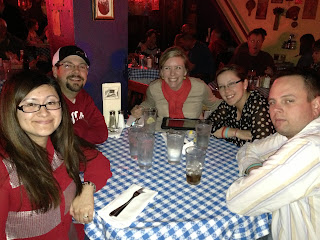 Chris surprised me for Valentine's Day with an antique picture frame from the Cellar Door Antiques.  One of my coworkers owns this store and they have great antiques.  If you love to go antique shopping you need to stop by her store.
The other thing that Chris got me for Valentine's Day goes along with one of my favorite things, Razorback Baseball! You guys have probably noticed I have an obsession with a particular mascot called Ribby. I just can't believe that it's baseball season again.  If you want to know where we'll be for the next several months you should probably check Baum Stadium. 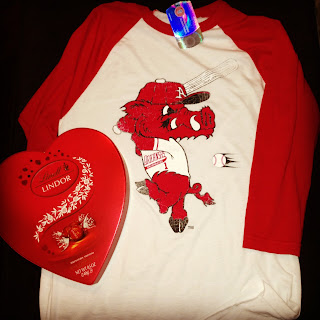 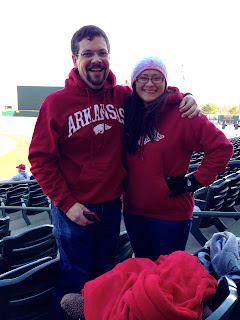 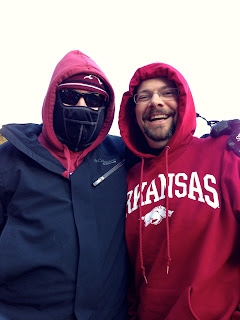 Posted by Bosch Family at 8:31 AM No comments:

For the past several months I have been attempting to run.  I started back in August but since January I've been trying to run more constantly.  If you would have asked me three months ago if I thought that I could run for 30 minutes I would have laughed at you.  But yesterday I officially ran for 30 minutes straight!  This is a huge accomplishment for me since I have never been an athletic person.  I don't consider myself a runner yet since I'm extremely slow but hopefully one day I can call myself that.  I've decided to do my first 5K next month in Tulsa.  I wanted to do a fun 5K so I'm going to do the Color Run.  I may have to crawl across the finish line to finish but one way or another I'm going to do it!  I think the thing that is really holding my running back are my shin splints.  I'm not really sure what else I can do for them but my left shin hurts so bad sometimes that it feels like it's broken.  I've been professionally fitted for running shoes and I have inserts.  I do all of the stretches for shin splints but it my be something that I just have to get use to.  If there are any runners out there that have any advice please leave me a comment.  Chris has been training for the Hogeye half marathon.  I've been so proud of how hard he is working towards his goals.  He's lost 70 pounds and he's up to running 9 miles!  He's been such an inspiration to some many people and especially to me!! So if you've been wondering why I haven't updated the blog in awhile that's one of the reasons why.  Hopefully there will be a blog post soon with pictures from my first 5K!

Posted by Bosch Family at 7:50 AM No comments: