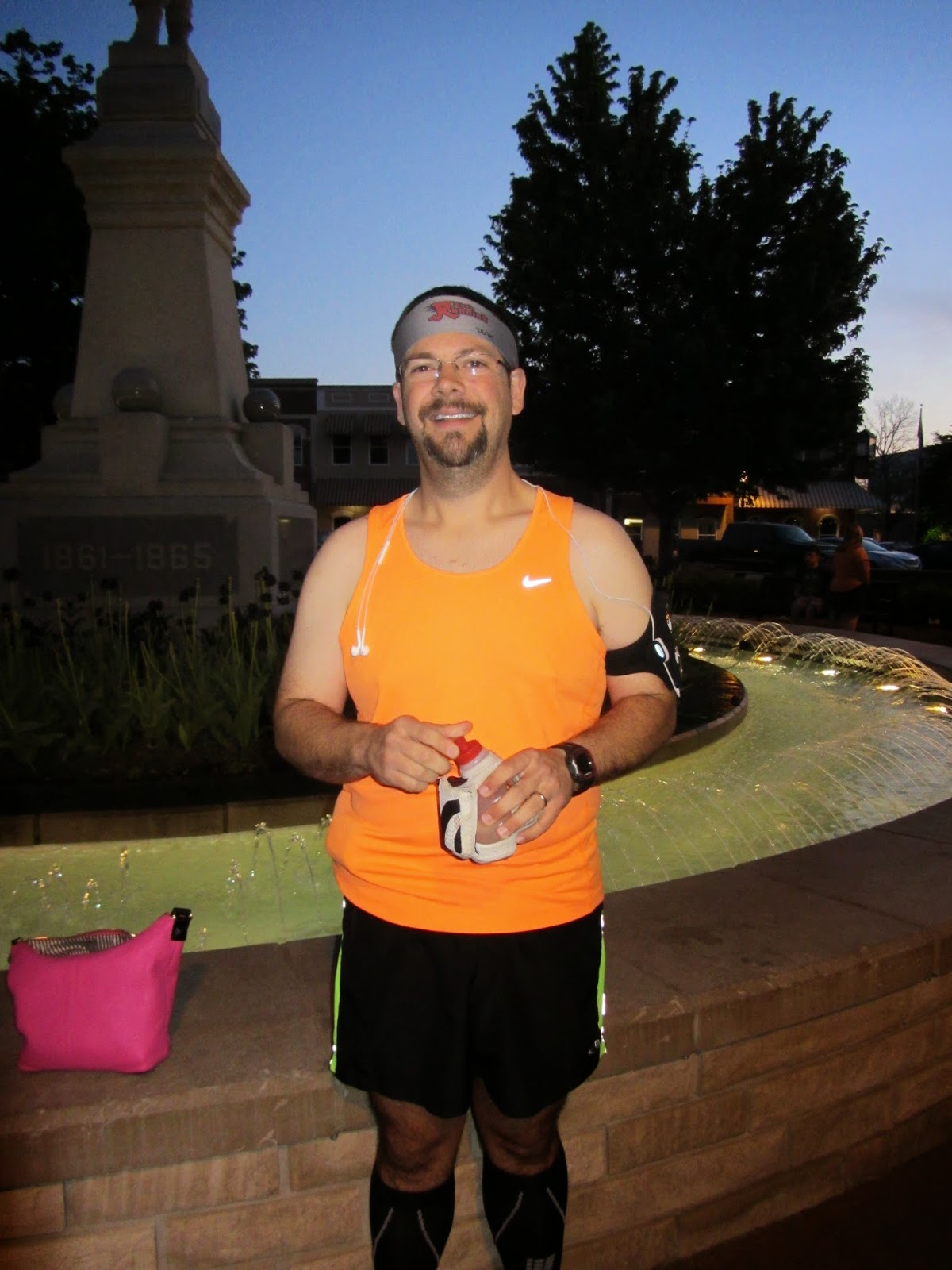 At the beginning of this month Chris ran in the unofficial official ultra marathon called Square to Square.  The reason it's an unofficial marathon is because it's an untimed race with no medals, no time chips, and no entry fees.  It started last year when a group of runners meet at the Bentonville square and ran to the Fayetteville square for fun.  I think 40 people ran it last year and 140 people participated this year.  Mike Rush from Rush Running heads it up.  Since it's not an official marathon it means that there are no aid stations or porta potties.  So Greg and I were Chris's aid stations.  We drove and met him every 5-6 miles to make sure he had plenty of water, GU, gatorade, and whatever else he needed. 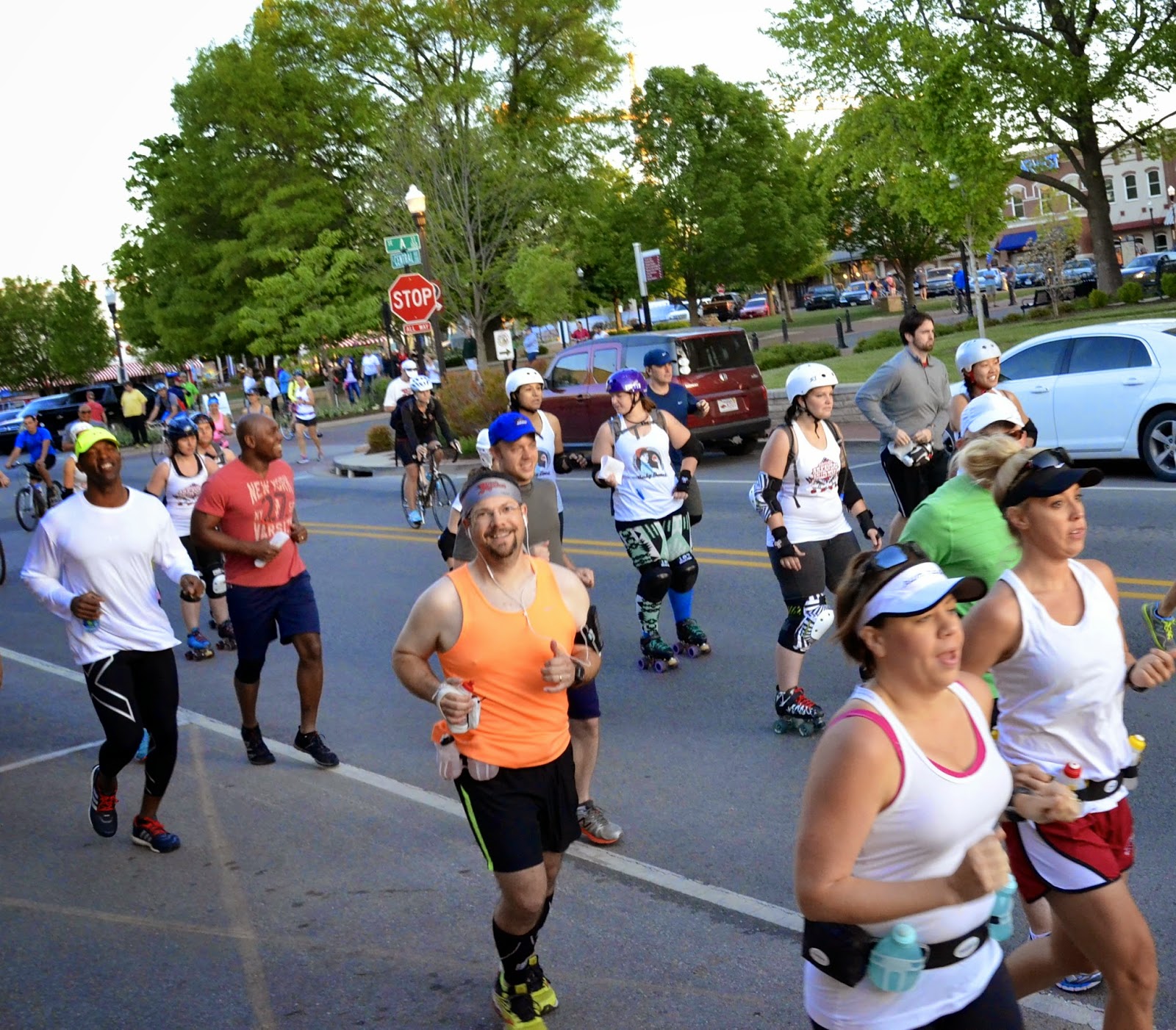 He started off really well but as the morning progressed it started to get hotter and hotter.  When we meet him around the 11th mile he asked if we could get him some Aleve. The next stop was at the 15 mile mark and you could tell he was in was major pain.  He said that his IT bands were starting to act up because he really needed new shoes but he didn't have time to break them in before the race.  He said he wasn't sure that he'd be able to finish but Greg and I told him that he could.
You could tell when we saw him at mile 20 that the Aleve had kicked in and he was feeling a little better.  He finished the race in 5 hours and 50 minutes but that also included the 7 stops he made with us to refuel his water and eat.  I know that he's disappointed with his time but I'm very proud of him for finishing it.  Not everyone can say that they finished a 27 mile race especially since only 50-60 people actually finished the race.  The next marathon he has planned is the Rock n Roll marathon in St. Louis this October and I'll definitely be there to cheer him on!