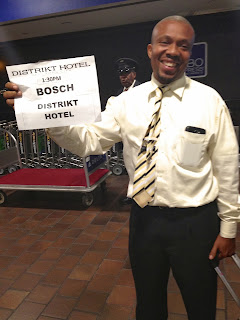 Last Tuesday we came back from a 6 day vacation from New York City.  We went with a group of friends because the Razorbacks were playing Rutgers.  The guys went to see the game while the women went and saw Wicked.  We've been planning this trip since it was announced last year.  No one had been before so we decided to turn it into a vacation.  Our vacation actually started Wednesday, September 18th when we received a phone call from Delta saying our flight for Thursday had been cancelled.  Thankfully Chris was able to get our flights switched to an earlier flight, which meant that we got into NYC at 1 instead of 3.  So it all worked at in the end since we got there early.

Chris called our hotel and reserved a private car to meet us once we landed to take us to the hotel.  Our driver was extremely nice and the car was HUGE.  I was expecting a small car but we got to drive in Cadillac Escalade.  After a 30 minute drive we were dropped off at our hotel, The Distrikt.  Our hotel room was located on the 24th floor and we had an amazing view of the Empire State Building on one side, and the harbor on the other side.  I was expecting our room to be really small after all of the hotels we stayed in from Europe but our room was pretty big! 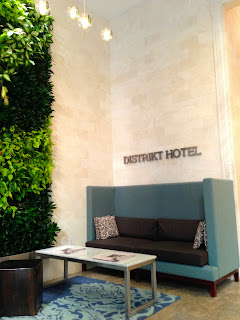 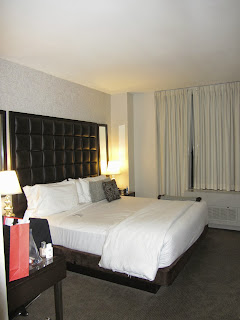 After we got all settled in we headed out to get some lunch and then to do a little shopping before everyone else got there.  We quickly found out that we were within walking distance to Time Square and the Empire State Building.  Once everyone arrived we headed to a restaurant in Time Square called R Lounge.  It's located in the Renaissance Hotel and has amazing views of Time Square.  After dinner we walked over to Hurley's Bar which is home to the Greater New York City Chapter of the Arkansas Alumni Association for some drinks. 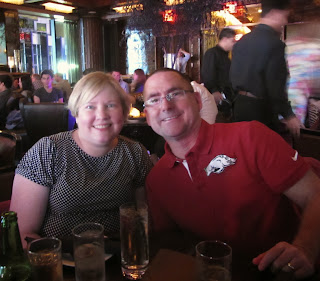 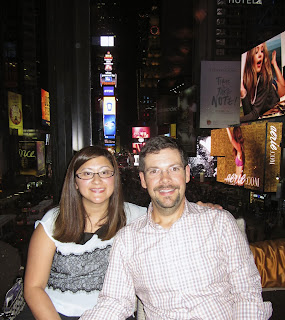 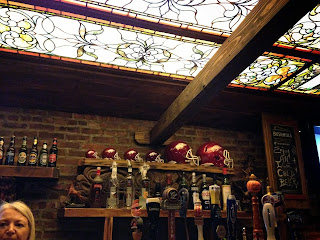