Are you ready for some football

This past Saturday was the first football home game of the season.  I can't believe that it's football season again! You guys know by now that we go all out for tailgate, this year is no exception.  We discovered that the generator can power a fan as well as all of the other normal tailgate stuff. The fan really came in handy since it was 90+ outside.  We've had a pretty mild summer so far and mother nature decided to pick the first game to be one of the hottest.  Other than that it was another successful tailgate at Bacon Lovin' Tailgate. 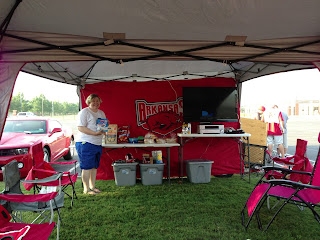 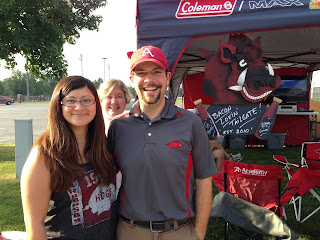 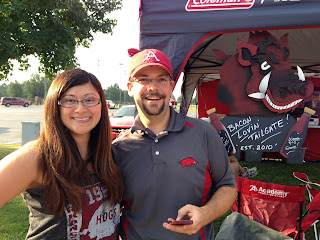