Would you give them health care 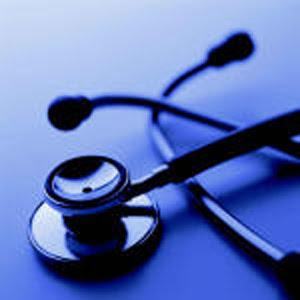 A man is in our country that has no job, no money, raggedy clothes and worn out sandals. He is visiting our country giving speeches but receives no pay for his time. He makes his way around the country living with those who will take him in and feed him, clothe him and give him shelter. He has no family to rely on and is widely seen as a crazy person who speaks blasphemy. He walks into a doctor’s office and asks to be seen for a common cold. He is asked if he has insurance and his response is I have no money and can’t afford insurance. How will this doctor respond to him? I am sure it will be that since he has no money or insurance the man will get a simple rush through the office and some sample medicine and asked politely to hit the road. Would it be worse if he had a more serious condition such as cancer, congestive heart failure or required dialysis? He would be lucky if he got sample medicine. He would be told that there was nothing they could do for him. He would be sent back onto the streets with no hope. Now if he were about to die and walked into an ER he would be seen as quickly and cheaply as possible. He would get pushed through the triage center, helped as easily as they could and sent on the road. There are doctors out there that would be willing to help this gentleman but they are in the minority. Just think for those who didn’t want to give him health care you just told Jesus to hit the road because he didn’t have insurance.

I hate to think about the child who is roaming the streets and is pregnant at 14. She has no home because she has been asked to leave her home by her alcoholic single mother. She was raped while trying to make enough money to survive. She is now 8 months pregnant and has received no pre-natal treatment. She goes to the ER when her water breaks but what happens now? Will she receive the best quality care that the hospital has to offer? Or, will she put in a room and when the baby is finally born be rushed out on her own back onto the streets. If she is lucky somebody will get DHS involved and the baby will be given a good home. If she is unlucky she will have a baby to take with her out onto the streets. Would you be willing to help this person?
I know that health care reform isn’t perfect. I know there are issues to be worked out. I know that something needs to be done. Insurance has gotten to the point where the average family can’t afford it unless it is provided through their job. I know several families personally who were unable to afford any at all. They are now stuck with tens of thousands of dollars worth of medical bills. This is enough to drown most families and drive them to bankruptcy. There are around 60 million people in the country today whose company employs less than 499 people. There are 22 million who employ less than 10 people. It is scary to think that 22 million people are in a place where with only 10 employees that health care is most likely not provided. The costs of health care keep rising and employers have to make tough decisions. Do we pay our employees or give them health care. Thankfully in there is a cheap insurance offered by the state. I don’t know all the specifics. I do know that it takes quite a bit to qualify for and it is set up to be for small businesses. It gets most people the opportunity. It is a government run plan and seems to be working for the people of .
I don’t want to get involved with the “right” “left” stuff. I just simply want people to think about what not having health care is leading too. I know from personal experience what it can be like without health insurance. I can also speak to the benefits. When my wife had her appendix taken out the bill was $11,000 for 16 hours in a hospital room and the surgery. After the insurance “negotiated” with the hospital they got it down to $4000 and we only owed $1000. There was no way on earth we could have come up with $11000 we struggled to get the $1000. I don’t even want to think about how an elderly couple would take care of the bills if a serious issue arose with no insurance. I just simply feel that it is time for the “right” and the “left” to find a middle ground. There has to be a way for the public option to drive down the private prices. There will be more issues to be tackled but this would be a start.

Let me finish by saying I hope that you would be willing to give Jesus health care if he were here today. Matthew 25:31-46 Jesus lays it out for us. The righteous clothed him, fed him, visited him and he rewarded them. The unrighteous did none of these and received everlasting punishment. I know that it will not be an easy resolution but I hope one can be found. It is obvious to me that something needs to be done to reform health care.
Posted by Bosch Family at 6:35 PM

Very well said, Chris! It amazes me, or maybe not so much, that the very people against health care reform are the ones that have never been without coverage a day in their lives. Have we become such a self-centered society that we no longer care for the less fortunate? There is no way to know the circumstances of each person who finds themselves in a bad financial situation. Many of America's homeless have jobs, they just cannot afford the bills that accompany the privilege of having a place to call home. I am not condoning handouts for deadbeats, but we can not assume that all Americans who are homeless are worthless or lazy. Working with the school system allows me to see children from all types of situations. There are many school age children who are taking care of themselves as well as younger siblings without the benefit of adult support. Who will take care of them? Healthcare reform is long past due. It is time for taxpayers and voters to pay attention to what those they elected are doing in Congress and remove those that are not living up to their promises.